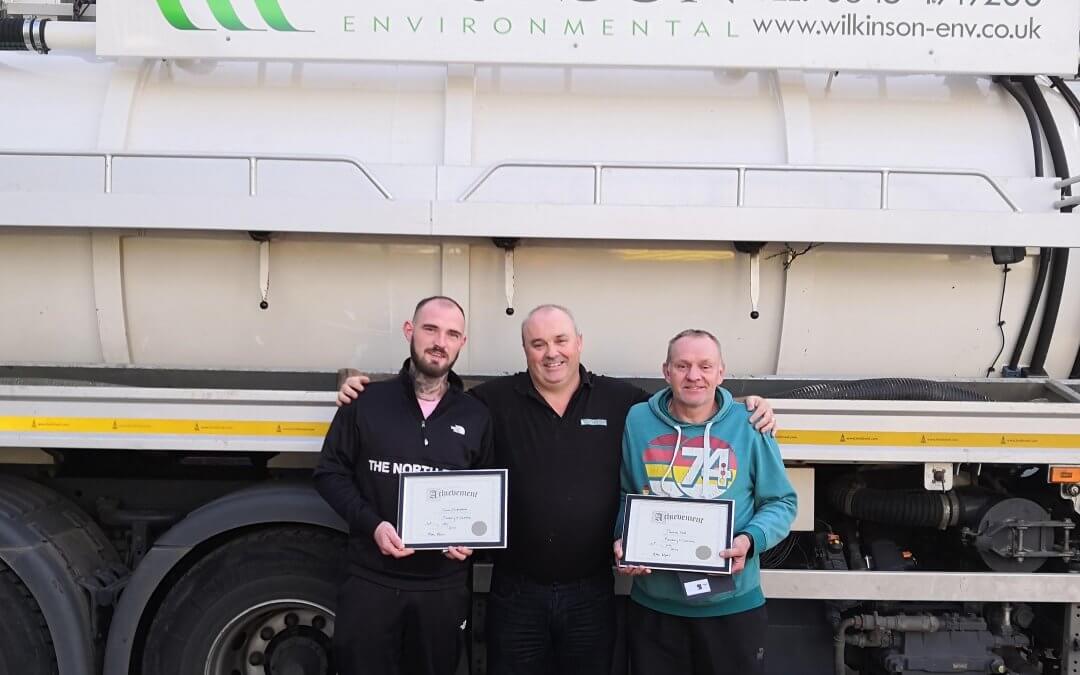 Drainage heroes – staff go above and beyond.

On the 30th July, Wilkinson’s very own Sam Dickinson and Darran Hall witnessed a motorcycle crash whilst working on the A5 Kilsby to Weedon project on behalf of our client, Forkers.

Sam and Darran were working closely with two contractors from another firm when a motorcycle, which was carrying a passenger, collided with a tree. Sam and Darran rushed to the scene and instantly took control. The driver was able to talk but the passenger was unresponsive.

Darran, as a first aid instructor in the Army Reserve provided advanced first aid and immediate emergency care to the passenger whilst Sam ensured that the area was safe by controlling traffic arriving at the scene. The emergency services were called in addition to the Forkers site office, who rushed a defibrillator to the scene.

The passenger was kept alive and was handed over to the ambulance crew upon their arrival. Unfortunately, due to the severity of the injuries sustained, the passenger died on their way to hospital.

As a result of their actions, our very own drainage heroes, Darran and Sam, were presented with certificates to acknowledge their bravery and service, along with vouchers to be used at Miller and Carter restaurants.

Upon awarding the certificates, Mike Moss the Managing Director of Wilkinson Environmental said “we are immensely proud to have Darran and Sam within the Wilkinson’s Family. The selflessness and professionalism exhibited by Darran and Sam on that night in July embodies the values we hold dear at Wilkinson’s.”

Woolly mammoth's tusk or root? We weren't sure either!

This website uses cookies to improve your experience while you navigate through the website. Out of these, the cookies that are categorized as necessary are stored on your browser as they are essential for the working of basic functionalities of the website. We also use third-party cookies that help us analyze and understand how you use this website. These cookies will be stored in your browser only with your consent. You also have the option to opt-out of these cookies. But opting out of some of these cookies may affect your browsing experience.
Necessary Always Enabled

Any cookies that may not be particularly necessary for the website to function and is used specifically to collect user personal data via analytics, ads, other embedded contents are termed as non-necessary cookies. It is mandatory to procure user consent prior to running these cookies on your website.